Most Modern Logistics Centre of Its Time

The Speicherstadt was originally built between 1885 and 1927 by the “Hamburger Freihafen-Lagerhaus-Gesellschaft” (HFLG) on a 1.1 km long group of islands in the Elbe (partly rebuilt between 1949 and 1967). Built in three construction phases, Hamburg’s Speicherstadt is still the world’s largest cohesive, uniformly shaped ensemble of warehouses.

It conveys in a unique way, both in terms of technology and material, the simultaneously attractive and functional maritime industrial architecture of European historicism. As a result, Speicherstadt is also of great importance internationally in terms of architectural history. 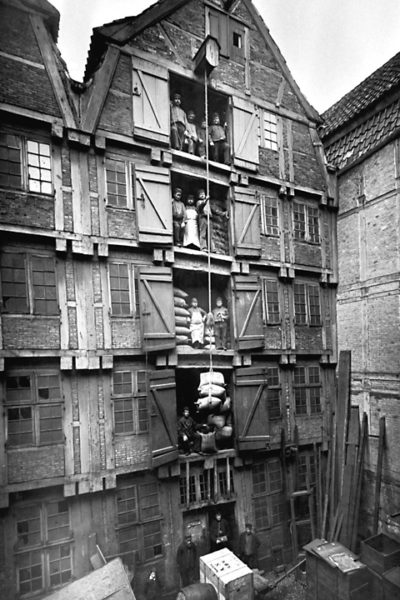 With its composition of red brick buildings in neo-Gothic architectural forms, its streets, waterways and bridges, which give it the incomparable image of a “Speicherstadt” (warehouse district), this part of Hamburg is a formative part of the overall cityscape.

The “City of Warehouses” comprises 15 large warehouse blocks, which have an original historicist appearance but were very advanced in their technical facilities and equipment, as well as six decorated outbuildings and a network of roads, canals and bridges.