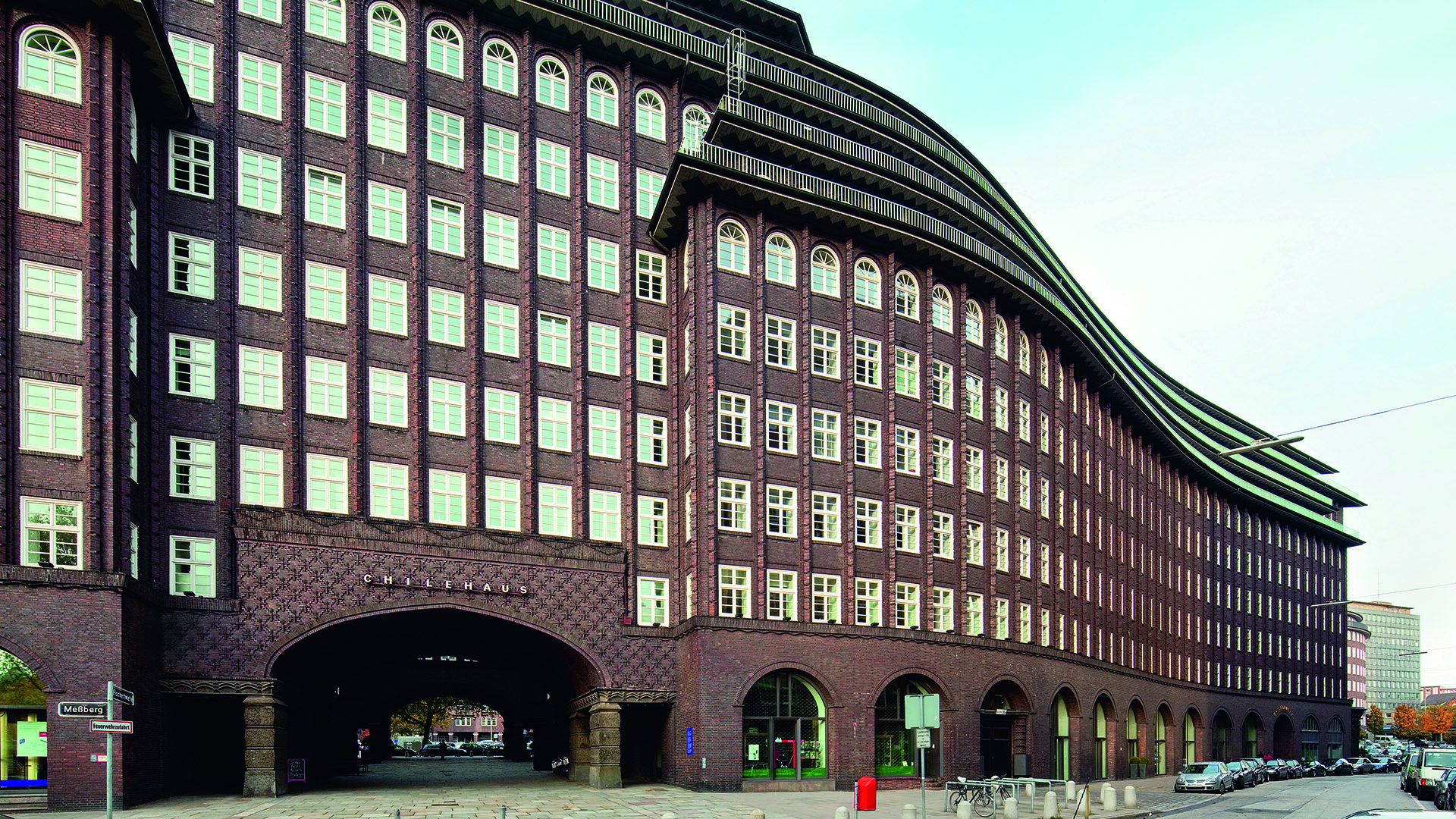 When talking or thinking about Hamburg’s Kontorhaus District, the Chilehaus on Burchardplatz inevitably comes to mind, as it is more representative of this area than any other building. One might even think that the Kontorhaus block, built in 1922-1924 by Fritz Höger on commission for Henry Brarens Sloman, is better known and more famous than the neighbourhood in which it stands.

With, but not only because of its striking lace, which is also reminiscent of a ship’s bow thanks to the Andean condor designed as a figurehead on the ground floor, Chilehaus is indisputably the landmark of the Kontorhaus district. This predestined position is impressively demonstrated and reinforced by an environment completely tailored to it. 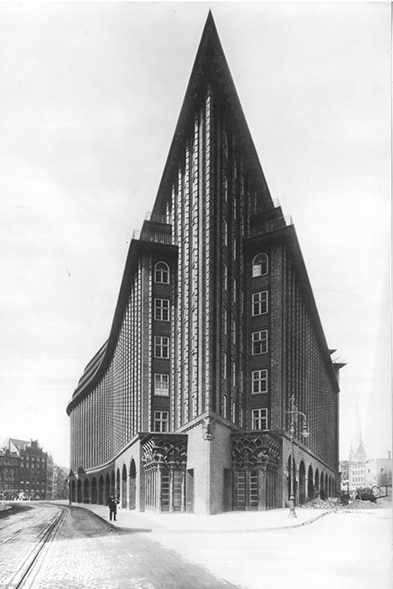 The Chilehaus looks the way it looks, because it is supposed to fill exactly this role. With up to ten storeys, it is not only the highest building in this area, but also offers the largest gross floor area with 36,000m².

Chilehaus has been a listed building since 1983 and was inscribed on the UNESCO World Heritage List in 2015 together with the Kontorhaus district.

The client was shipowner Henry B. Sloman, who had acquired his fortune by trading in saltpetre from Chile. In Hamburg it was customary to give the Kontorhäuser names.

Henry Brarens Sloman (* 28 August 1848 in Kingston upon Hull; † 24 October 1931 in Hamburg) was a British-German entrepreneur and private banker. After finishing an apprenticeship as a locksmith, Sloman decided to emigrate to Chile in 1869. After 22 years as an employee, Sloman went into business for himself in Chile in 1892 with the saltpetre factory “Gute Hoffnung” in Tocopilla. In 1898 he returned to Hamburg as a rich man. In 1924 Sloman founded the Finanzbank AG.

Yes, there was a bomb hit on the fifth floor, which you can still see today if you look closely. Fortunately, the building remained otherwise unscathed. Far worse was the Speicherstadt, which was largely destroyed.

The building is still used as an office building. The owner is Union Investment.

The building is generally not open to the public, but is used as an office building. Information about Chilehaus can be found locally at the World Heritage Info Point.

Guided tours are offered by the Hamburg tour guides. For further information please contact the Speicherstadtmuseum or Hamburg Tourismus. The building is open to the public on the day of the open monument. Union Investment organizes guided tours on this day.